Why planks are your friend post-natal. But choose your friends carefully. - Healthy Post Natal Body 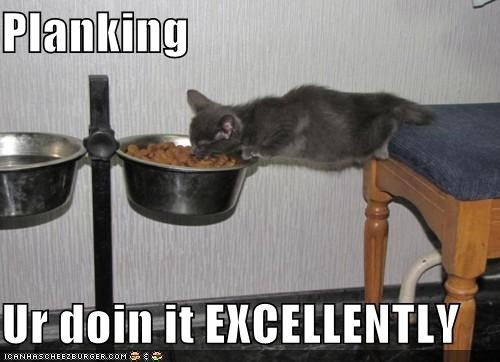 Have you been told to “avoid things like planks” by your physio, friends, personal trainers etc. without any further explanation why? A lot of generic health and fitness websites stray into oversimplified advice when they add a Post-Natal section because they are in the habit of giving information in the “Do these 5 things: or “Avoid these 5 exercises” format, which they can usually get away with. But this is not enough for a specialised field such as Post-Natal exercise.

I came across an interview the other day where the, highly qualified but not Post-Natal specialised, physio was asked some questions about post-natal exercise in an effort to sell their new post-natal program. When asked about planks, she said something along the lines of; “Yes, planks are bad for you when you’re newly post-natal because you’re teaching your body to work the wrong way…..so you should AVOID ALL PLANKS”. And that’s where they left it before moving on to other things.

Now to be fair to her, the first bit is almost right. Your core won’t be strong enough to sustain a full “normal” plank when you’ve just given birth and therefore you would train your body to function incorrectly. Adding to this that they do nothing to heal Diastasis Recti or pelvic floor issues it means there’s no reason to have them in your program early on.

But she’s incorrect on the second part.
We have you do a plank in one of your first strength sessions.

So why is the above exercise OK when “all planks are bad”? Because there are basically 3 different kinds of plank and 2 of them are completely safe to do. In fact, it’s a great idea to do them, if you do them properly.

The side plank is a plank that works the obliques. What we start with is what you see in the clip above; a half side plank with dips. So what we have you do is squeeze your obliques on the way up into a plank and then control the descent to the ground. All the while we tell you to hold on to your obliques and to really make sure you feel them working. This is all part of teaching the right muscles to work properly and to fire the obliques up again. And we know that that’s a key part of healing any Diastasis Recti and core issues. There is no reason at all why you would avoid doing this exercise. In fact, I would argue you’re massively missing out if you don’t do this early on. Just don’t overdo it with the more complex versions or do a full side plank without being ready for it.

The above is the only one we do but even things like Glute Bridges are, essentially, a reverse plank. And we do a tonne of them!
The reverse plank is a Glute exercise and we know all about the importance of getting the glutes fired up again.

This is the one to avoid in the beginning.

Most people, even those who haven’t given birth, are not doing a plank correctly.

I get a lot of people coming to me saying they can hold a plank for 3-4 minutes, even when they’re clearly not in great shape.
This is almost always because every muscle is working EXCEPT for the right ones. The hips, lower back, shoulders, arms, chest, you name it. Everything but the abs and deeper core muscles. As soon as I ask them to ONLY focus on the core muscles we find they can only hold a plank for 20-30 seconds or so.
The same goes for press-ups. A press-up, in addition to being a chest and triceps exercise is a core exercise because it’s a plank. If your core is not staying tight, you’re doing them incorrectly.

This is why the HealthyPost-NatalBody program focusses a lot on muscle-awareness and body-awareness in the beginning. I want you to know what an exercise should feel like much more than I need you to be able to move up and down X number of times, or hold a certain position. If you are aware of which muscles should be working and how it feels when they are, you’ll not have any issues when we start introducing trickier exercises.

Once you have proper core-activation we introduce “half” planks before building up to full plank exercises.

This is part of a core-routine you have later on in the program and it’s a completely safe exercise at that stage, as long as you focus on the right things.

So, as I always recommend, make sure you get your post-natal exercise advice from a post-natal specialist. There is a big difference between saying “all planks are bad” or “all crunches are bad” and saying something like “Don’t do X but please do Y because of Z”. A specialist has the time and knowledge to go into more depth on the subject. I, for one, can talk for hours and hours about core activation and its minute details as some of my poor colleagues will tell you. 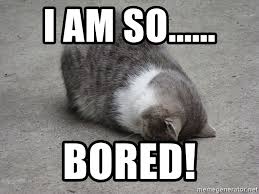 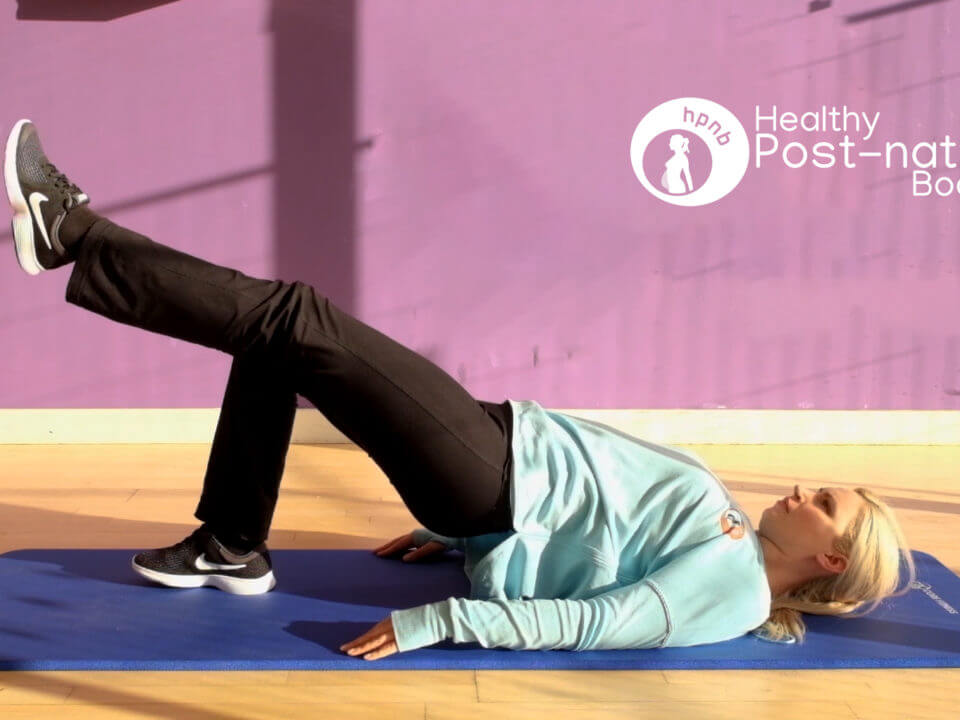 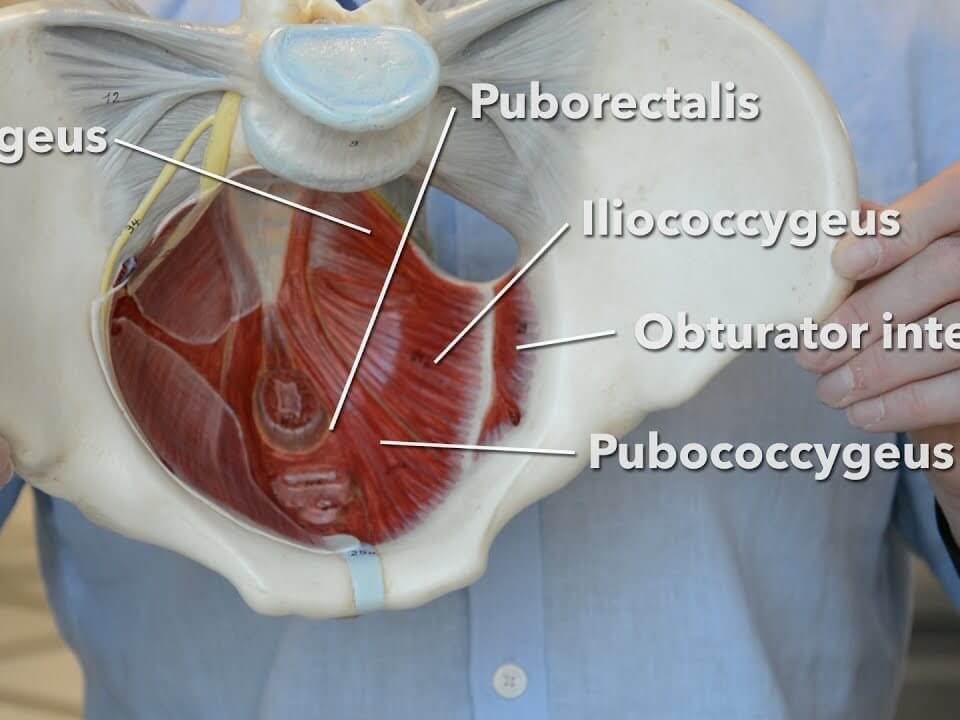 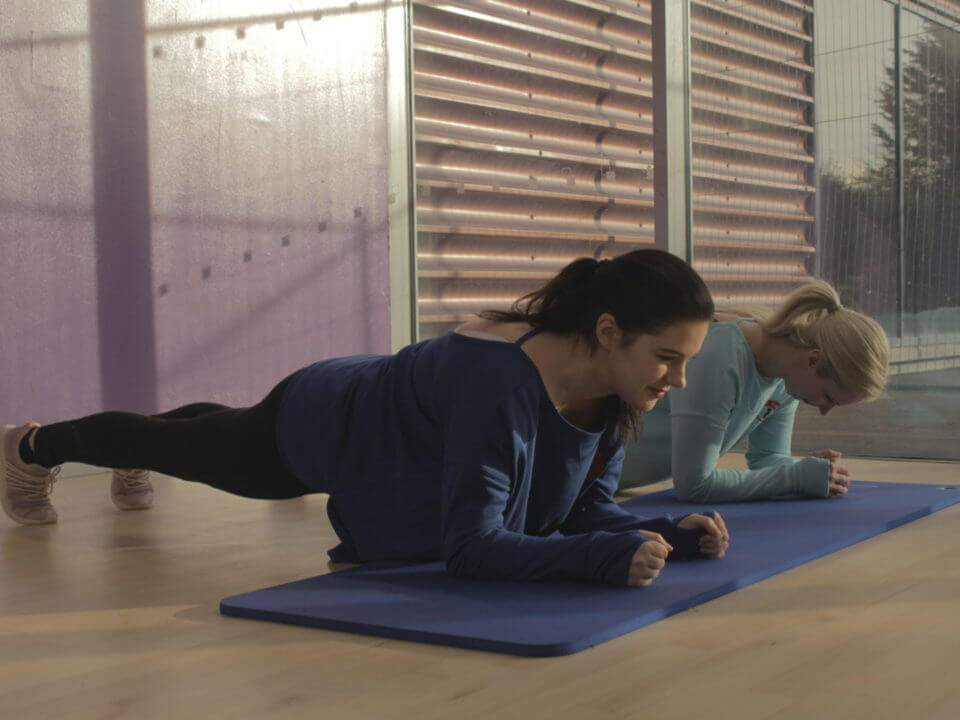